Ted Hajnasiewicz releases This is What I Do 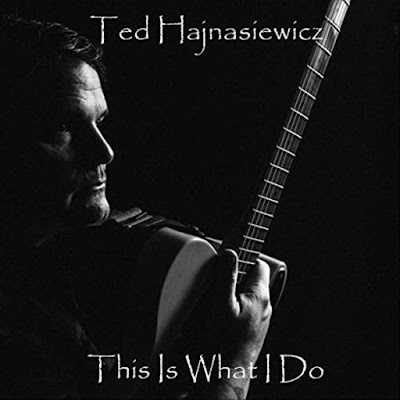 Ted Hajnasiewicz has made quite the career out of pitching us some of the American underground’s most opulent grooves and swaying strings to match them. Almost always these songs have been punctuated with an undying lyrical earnestness that is impossible to resist when you love a good country/rock crossover tune like I do, and in the singer/songwriter’s aptly-titled new album This Is What I Do, he treats us to the sweetest (and most somber) tracks of his sterling discography. Opening with the stone cold “This Town is Not For Me” and closing with the awesome “Burning Bridges,” This Is What I Do is an unforgiving treasure chest of searing ballads listeners won’t soon forget.

“Oh! Sweet Love,” “If I Could Leave This Place Tomorrow” and “Stars and the Sea” represent the buoyant side of Hajnasiewicz’s catalogue, while the more elegiac “Go Easy on Me,” “You Will Find Him on a Mercy Seat” and the suffocating acoustic rock of “Longing for the Northern Wind” are decidedly more cutting and direct both lyrically and musically. The duality in his songcraft isn’t lost in this greatest hits-style compilation, and if anything it makes his multilayered persona the real star of the show. You’d have to be a fool not to appreciate the versatility in his sound; it’s as attractive as his honeysweet voice is.

The balladry in This Is What I Do is indulgent and richly designed, but I don’t think it’s anywhere close to being excessive or ridiculously gluttonous. The raw energy of slow dancing twang-steeped songs like “My Heart is in Memphis” ensures that while these tracks have an extra coat of production lacquering in this setting, they’re far from reprocessed pop fodder meant to satisfy radio disc jockeys alone. These tracks have the streamlined structure that mainstream airplay demands, but their simplistic, DIY aesthetic is perfectly preserved and not intruded upon by the muscular mix.

There’s plenty of riffage here (albeit acoustically based) to satisfy rock fans alongside Nashville disciples, and I think that they help to balance out the brooding country lyricism that we come across in “I Give Myself” and the stirring “Wedding Coat,” which on its own has the look and feel of a much more dangerous blues jam than it ends up being musically. Guitar buffs won’t be able to stay away from the glow of “Oh! Sweet Love” or its counterpart, the stoic “Go Easy on Me,” which could be even more affective here than it was to begin with – if you’re able to imagine as much.

Bold melodies and stinging prose make This Is What I Do required listening for anyone, and by that I mean everyone, who loves intrepid heartland folk/rock free of the corporate chains that hold many similarly styled singer/songwriters back from reaching their true potential. Ted Hajnasiewicz has never had time for childish politics and industrial game playing; in this album we hear just how passionate he is about his medium, giving all of his soul over to the strings in 11 of the most decadent and emotional songs compiled together this year. Bottom line, give this record a spin this January. My gut tells me that if you enjoy music as much as I do, you won’t regret it.