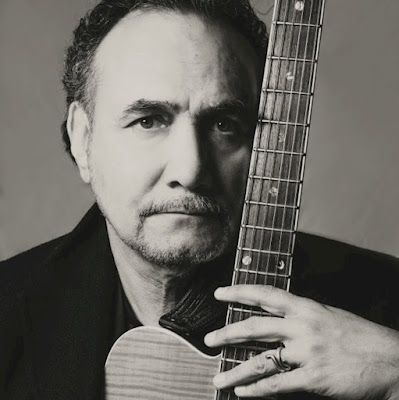 “It’s a song about making a decision on a relationship fallen apart. It’s about getting smart about your own life,” said Switzerland singer-songwriter, Ajay Mathur, in his official biography for his newest release, “Start Living Again.” The song and its accompany video are just a small example of the globe’s independent musicians making their mark in a big way. Mathur, who took home the top album prize at 2018’s Germany’s Rock & Pop Awards for his album, Little Boat, channels all what is best about indie music and all that inspired it along the way: solid songwriting.

“Start Living Again” is track number three from Little Boat and comes in at just under three-and-half-minutes. The mood is light. Not fun, or clap along worthy, but very earth tones and sun-like. I heard very strong influences of 60s pyschedelic guitars and percussion smatterings. Interestingly enough, Mathur was born and raised in India. He gravitates more towards acoustic and electronic guitar riffs in “Start Living Again” and relies heavily on a repeated chorus. While listening to the chorus, my mind wandered off into far spaces – and even recalled Grizzly Bear’s “Two Weeks.” Mathur’s lyrical contact sways way more into the pop rock world than a prose or gloomy-indie rock. With words like “They were only ‘things’ that we aspired not love for someone. Everything I was holding onto fed my fear,” he simplifies decision making in a relationship. And he seems to do with an inspirational confidence. It’s as though he himself as already been through the fray and he can attest to getting out alive on the other side. As mentioned before, his own vision of the song is about making better decisions.

Mathur’s decision to make this song pop rock is a wise one. Supposing this was more of a piano-based track, I don’t think it would have had the same reaction. I enjoyed the guitar work on many levels, and the harmonies the riffs created were very tight. The tempo is perfect, and it sets the mood for a strong start to a morning run, or even just a ride in the car to work. It’s probably not a slow dance song. But whatever floats your boat.

Mathur once again collaborated with video creator, Ciro Ayala, for the “Start Living Again” visual representation. The two previously worked together on “My Wallet Is a House of Cards” (also from Little Boat). Ayala’s canvas is one of computerized graphics and visually stunning, rich colors (especially the fire scene). He even gives a 60s filter look to Mathur’s facial profile. I can concur with Mathur that Ayala captures the essence of first tearing down one’s house before the rebuilding can start. Before we become anew, we must sometimes look in the mirror and discover the true source of pain.

“Start Living Again” doesn’t take long to get the emotional reactors charged. I still think Mathur’s lovely voice makes it hard to be angry or hurt while listening to the song. I do think it makes you reflective. It makes you feel less alone.